When I reflect on where I am today with regards to where I used to be, how incredibly far I’ve come just amazes me. It’s been well over a decade since I escaped the eye of the tornado as I call it. There’s been so much to Heal. The amount of stress and trauma jam packed into a six year span left me with a lot to process. My nervous system was completely shot, making living and acting ‘normally’ a challenge.

It took me years and years of waking up, learning, going back to sleep, & waking up again to finally gain some wisdom and insight into what this life is all about. Ever since I was a child I always knew there was something more, that we were not here for nothing, that there was a purpose to all of this. I had hardships from the moment I was born, challenge upon challenge upon test upon lesson – I knew I was being prepared for something. I was fascinated by what I could not see, could not explain.

I loved getting into heated debates with skeptics, “Bring me a box of wind I say!” .. which they never could do .. so I would tease them & say, “Well then I guess it doesn’t exist ;)” 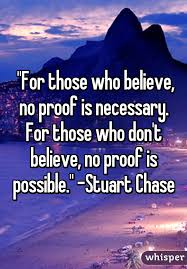 My curiosity led me to a Holistic school where I took “Quantum Medicine’, which basically skyrocketed my desire to further explore & pursue my Spiritual Enlightenment. With the introduction of Quantum Physics into my life, I knew  that just because we can’t see something doesn’t mean it isn’t there 🙂 During the course of this class I had what was probably the most amazing dream I have ever had. It was incredible – I met a wonderful Being, we gently floated in space high above the earth – he brought me towards another being & said ‘Look !” He began to tear off his skin piece by piece – as he did , rays and rays of gold and white light emerged, lighting up the darkness. He looked at me and said, “This is what we’re really made of. I felt how much he really wanted me to know that. He wanted me to Believe. He knew I was struggling with moving forward because believing what I believed – without being able to prove it & living in a world where being like me earns you many different kinds of labels .. which you eventually learn to ignite ..

Last year alone Physics & Quantum Physics have made some really exciting discoveries, ones that even confuse the physicists 🙂 I kind of like that .. I am beyond excited for future discoveries & want science to catch up to what I’ve felt for so long = We are so not alone.

The last trauma was a decade ago, I still had anxiety issues & occasional panic attacks, wanted it to go away. I had lived in fear for so long, I didn’t remember any other way. I struggled but had to figure out how to relax, I mean really relax.

It took Tony Horton from P90x to make me realize how I walked around with my shoulders clenched up like an accordion, stiff, stressed – I was one big knot, in constant fight or flight mode. 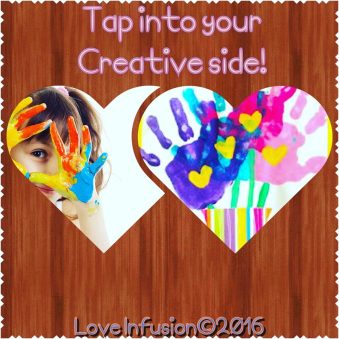 This was only 3 short months ago. I now barely own anything that doesn’t have a little bit of paint on it. It was a post online that had me asking myself whether or not I had a creative side. A video in which an art teacher explains that everyone has a creative side, but a lot of people seem to tell themselves they can’t draw. I laughed – my running joke – used to be “If I try to draw a blue boat it’ll look like a red house !” Always the joker 😉 The next thing I knew I was off to the dollar store to get some paint by numbers, just to see if I’d enjoy it. To my amazement, they actually had cheap canvasses, Acrylic paint & brushes lol Why not – for less than $20 I was all set.

And the rest is history. I haven’t stopped since. My mind automatically shuts off, I am present, ahhhhh the elusive corner piece !! Voila ! A whole new world has opened up. In three months I’ve worked two events at local art galleries, met one of my favorite artists from France & started doing some translation work for him. I have found my passion!

Current Lesson : Using Intuition to paint. Need to sharpen it, this well help my enlightenment as well. Finally. Healing almost complete. Just in time to commence Reiki training soon. Thank you Universe, I am eternally Grateful for all of the lessons, all of the Beauty, & yes, all of the challenges and the crap – for without them I would not have grown & evolved. Everything happens for a reason. 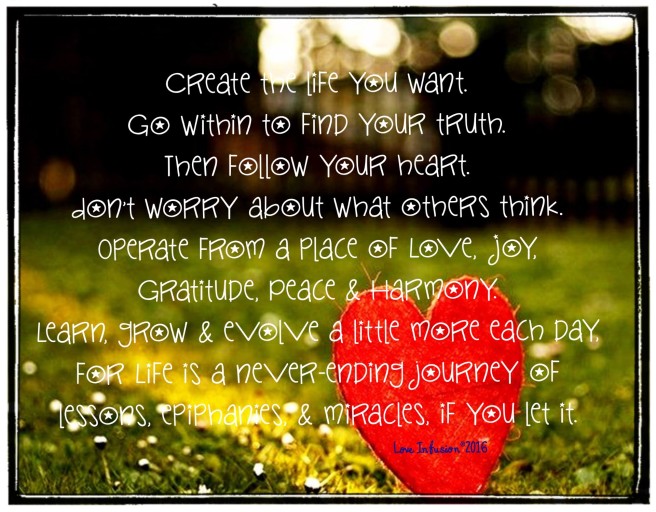 We must Encourage, Inspire & Motivate each other. There’s way too much of the opposite & the world is suffering. A truly authentic person with good intentions will want you to 'rise high' - even if it's 'higher than them.' The world is asleep but it's time to wake up. Everyone has a right to Life, Freedom, Joy & Peace. I can't stand seeing people deceived on such a global scale for nefarious gains. Shining a light on the colossal corruption & pedophilia epidemics. In the dark the cockroach thrives, but in the light it cannot survive. View more posts

This site uses Akismet to reduce spam. Learn how your comment data is processed.